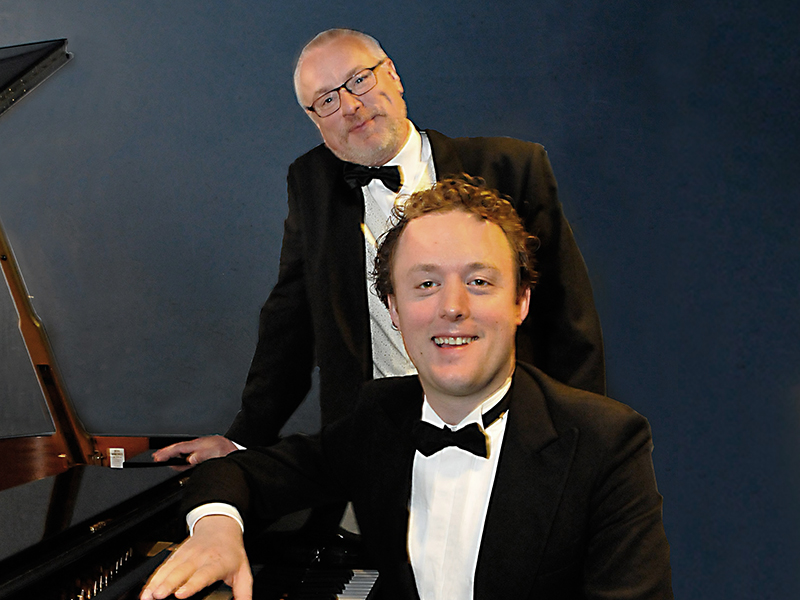 Anders Nilsson, tenor from Småland. Educated at the Vienna Conservatory. After graduating with “Auszeichnung”, he worked as a soloist at the Opera House in Vienna, Hamburg and Lubeck, Opera House and the Jutland Opera mm. Anders has sung with conductors such as Claudio Abbado, Daniel Barenboim and James Levine and has over a hundred performances as Prince Tamino in Mozart’s The Magic Flute in six countries. He has sung leading roles in numerous operas. Carmen, La Traviata, Pagliacci, Faust and Salome, but also in operettas like Die Fledermaus, The Merry Widow and the Land of Smiles. After that Anders returned to Sweden, he has broadened his repertoire with many musical roles in his hometown Växjö. Higgins in My Fair Lady, in Gothenburg, with Lasse Brandeby as Doolittle and Lars-Åke Wilhelmsson opponent La Cage aux Folles. Juan Peron in the premiere of the first Swedish-language Evita and the von Trapp in The Sound of Music to name a few. Anders concert activities range from delicate and intimate music of Hugo Wolf’s “Italienisches Liederbuch” to soloist in högdramatiska works as Verdi’s Requiem and Beethoven’s “Nia”.